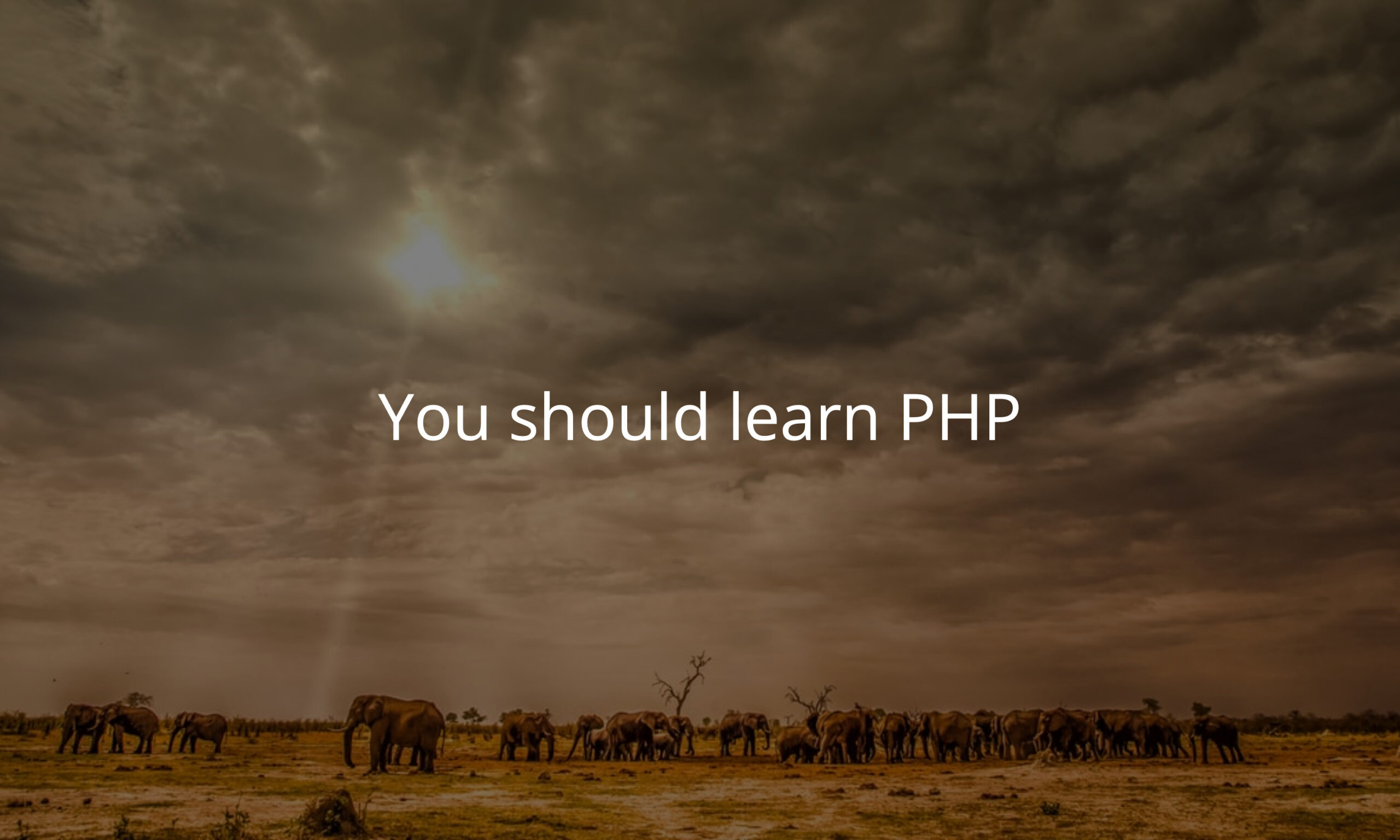 One of the first programming languages I learned was PHP. It was a necessity.

I needed to build a webpage because hiring managers couldn’t find me on Google. I wasn’t discoverable and kept losing interviews. My first attempt was in vanilla HTML but that quickly became unscalable. The site needed to share components between different pages and, unfortunately, I couldn’t do this effectively in plain HTML.

At least, not without using <frame>s.

A good friend of mine knew PHP and sent me a few examples and pointers over email. Several awkward prototypes later and I had a personal marketing site spun up and indexed by Google.

Fast forward several years and a few jobs later and I was working for a company that focused on Windows systems. Our flagship application was a desktop application written in C. I had been hired to help flesh out our web presence and to teach the team about “the cloud.”

But I still wrote PHP on the site. My personal projects. Any WordPress contribution. Explanation articles on my blog.

One day, my project manager asked why I’d pushed us to .Net and Azure rather than PHP and Amazon. It was a good question, but had a simple answer. The overwhelming sentiment at the time was that PHP was a dead or dying language inappropriate for use in modern enterprise.

Today, the loudest voices in the developer community continue to look down their noses at PHP. It’s not taught in code schools. It’s bashed on social media. New projects launched in PHP universally receive negative feedback not about the project, but about their choice of language.

Nearly 4 out of every 5 websites you use today is in some way reliant on PHP. This is a statistic that would surprise many folks who believe the drivel they read in social media is fact. But it’s true. PHP is easy to use and somewhat ubiquitous. If you’re writing a new project and want it to run effectively everywhere with minimal configuration, PHP is probably the best language choice you can make.

In fact, if you’re getting started right now you absolutely should learn PHP. Picking up JavaScript or Python is fantastic. They are great languages with a high level of utility and versatility. But you should also pay attention to PHP because, honestly, you’re probably going to end up using it, too.