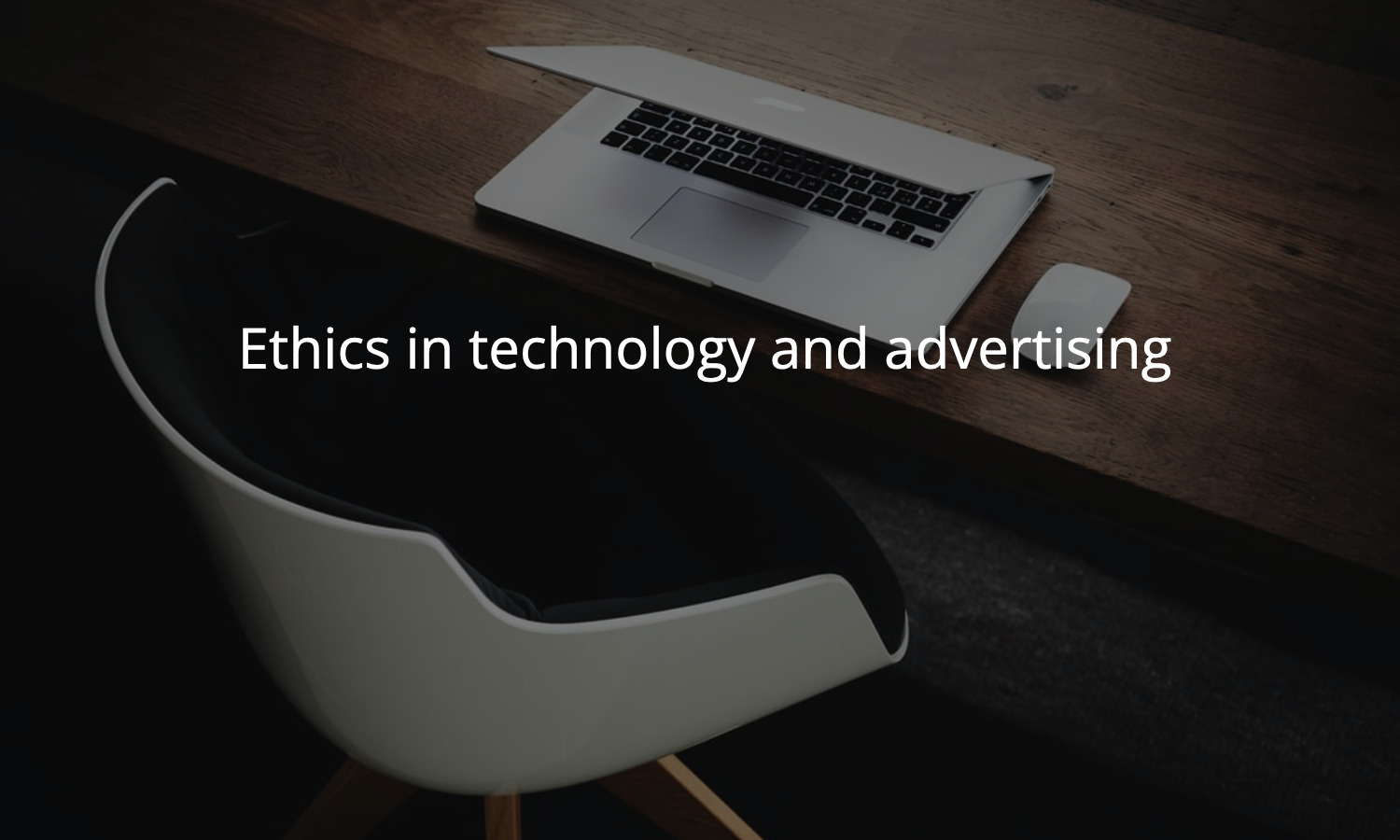 While it pains me to admit this, ethics is a challenging topic in the tech world. Asynchronous programming, quantum mechanics, artificial intelligence – these seem to be child’s play compared to ethics.

But ethics, particularly in technology, is vital to building a sustainable future.

Let me unpack a few examples.

Years ago, I worked on a project that empowered publishers to more easily distribute content. It was a stellar tool that introduced my team to a huge slate of new technologies. Sadly, we had a bit of an adoption problem.

To conquer that problem and encourage users, one member of the team added a usage counter to the homepage. The felt that showing how often people used our tool would be radically transparent and help build trust.

The only problem: it was fake.

We didn’t expose our statistics publicly. Instead, this engineer hard-coded routine in JavaScript that provided an approximation of our total use. They didn’t see any problem with the lie; the approximation was “close enough” it felt like we were being transparent.

A relative recently referred me to a new cleaning product – Dr Clean Spray. I will not link to their website and strongly discourage you from looking them up.

This product promises the world, and has several, hugely positive reviews, claiming to back their sales pitch. The website also has a regular toast notification telling you when someone has bought their product. Everything looks great, right?

The only problem – that notification in the corner is 100% fake. It’s bogus. A complete fabrication.

Under the hood, this website creates that notification entirely at random using a hard-coded list of possible names and locations. Every few seconds, the script below creates a random name, location, and purchase time. It then populates placeholder values in the HTML and animates the box onto the screen.

To a non-technical user, this box instills confidence. It makes it appear that this is a popular, trustworthy product. It’s not.

Thankfully, those that know me have moved on to more reliable – and ethical – products.

My colleague from long ago committed a massive ethical violation by building a fake usage counter into an advertising page. The team behind Dr Clean Spray have done the same.

Software developers are responsible for the hidden things that run our world. We control the way cars drive on the road. The way money is transferred to pay bills. The format of feeds in social media.

We have a massive responsibility to ensure we always behave ethically. To drive others around us to aspire to the same. Anything less is to declare bankruptcy on behalf of any future we might envision for our children.