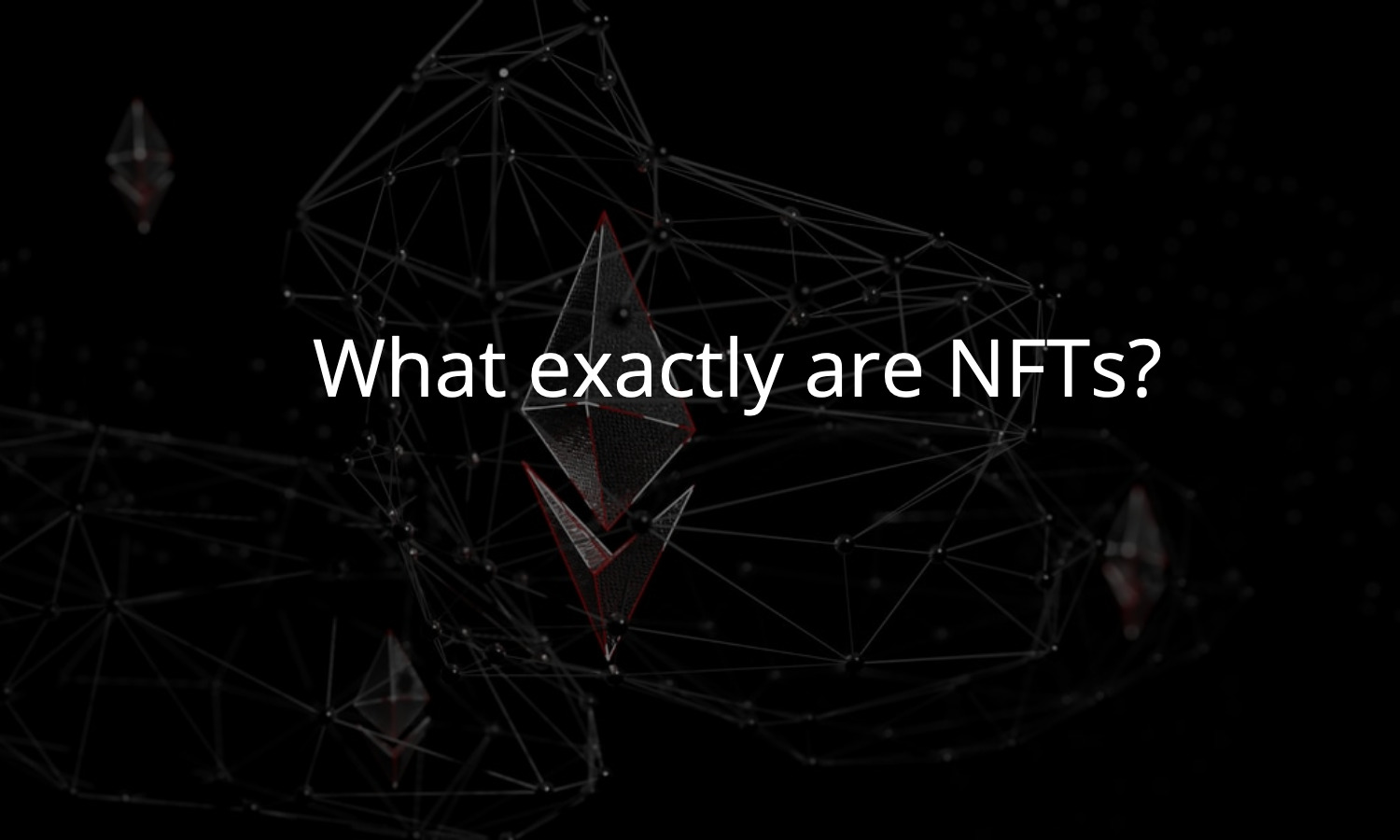 One of the hottest buzzwords around the web3 space is NFT.

OK, it’s an acronym, not a word. But it’s still a hot concept without a lot of clear definition. For the longest time, I had no idea what an NFT actually was. Relying on crowdsourced definitions is sometimes less than helpful:

non-fungible token – A cryptocurrency token that records ownership of something

While I don’t aim to explain everything about web3 in a single post, let’s try to tackle this one concept more concretely.

One of the largest promises of modern technology is the ubiquitous nature of digital goods. When you print a book, you create a physical copy that can be owned, sold, or destroyed. The cost of physical books represents this nature well – real-world resources are required and consumed to produce a physical item. You’re required to pay both for the right to read the book, and for the resources used to produce it.

In the digital world, there are arguably fewer resources required to produce a new copy of something. It’s all a cloud of bits in a computer that can be replicated to infinity for next to nothing.

This makes is a bit harder to price digital goods as the incremental cost of production is effectively $0.

Web3 aims to introduce a form of digital scarcity through NFTs. Rather than having infinite, equal copies of a good available you will have exactly one. It is non-fungible, meaning there is no replacement for that item in existence.

It’s the how behind NFTs that’s tricky to understand.

A blockchain, like Bitcoin or Ethereum, is a distributed ledger of transactions. It’s a way of bookkeeping to identify who owns what. It’s also built in such a way that the parties involved do not need to trust one another directly, but they can trust the data within the ledger itself.

The T in NFT stands for token. NFTs are specific entries on the blockchain that tie directly to a material thing – either a specific copy of a digital good or a physical product in the real world.

The owner of a product (a photo, a book, a digital good, or a real asset in the world) can “mint” a token on the blockchain representing their ownership of that product. They can then sell that token to another user, through a transaction also on the blockchain, and transfer ownership in a publicly-auditable fashion.

The clincher here is that ownership of an NFT doesn’t necessarily map to specific rights in the physical world.

No, but also yes.

NFTs themselves are not scams, but scammers can use NFTs to defraud people.

There’s only one problem: these NFTs have zero relationship with Olive Garden or the franchises they claim to represent.

This particular project is, in fact, a scam. And real people have spent real money on this scam.

Web3, as an industry, is still young. There are plenty of scammers, grifters, and thieves messing about the market. But there are also smart, driven, honest individuals working in this space to use the technology for good.

NFTs already have real-world analogs – titles. Your house title is an entry in a ledger controlled by the government. Your car title is a sheet of paper you (hopefully) keep in a safe place. Both are ways to represent, in an easily-verifiable way, your ownership of a specific “thing” in the real world.

The key difference here is authority. A house title or a car title are issued by a specific, known, governing authority. NFTs can be as well, but given the infancy of the industry it’s easy for someone with absolutely zero authority to mint an NFT claiming to represent ownership over something they have no right to claim.

There are a fair number of bogus NFT projects out there. Just like there are fraudulent businesses in every industry – the trustless nature of the web3 space makes it harder to distinguish bad actors from the good. The technology, though, is sound.

In the future, NFTs could be used to replace the ledgers used by country registrars to record home titles. Or actual certificates of stock issued by companies traded on public markets. Or any number of ways ownership is recorded in a system today. The key component is the authority by which an NFT is minted.

Snazzier parameters in PHP 8
How do you become an expert?