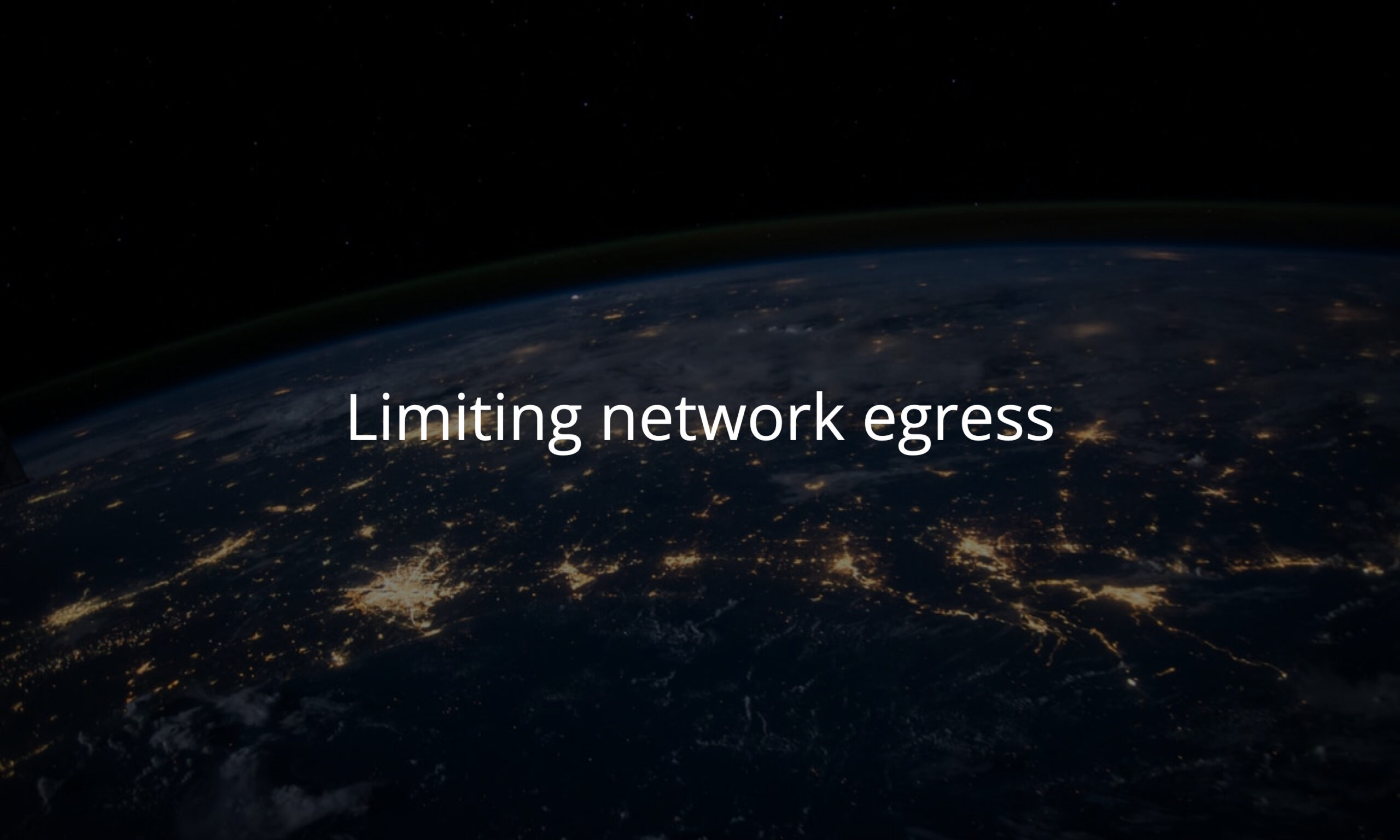 Now that we have a firewall enabled, we need to focus on better securing our network.

Despite our best intentions, developers make mistakes. We write bugs, leave diagnostic code in a file during a commit, or mistakenly hard-code credentials in a file meant to access an external API. Many of these issues can be discovered and patched during a code review, but they can still crop up. Especially when a team is in a hurry to push a release.

Yesterday’s examples used ufw to block incoming traffic from a potential attacker. There’s also a chance that your application itself might be the party responsible for a breach. A malicious piece of code might attempt to exfiltrate data to a foreign server. Or an engineer might accidentally upload test content on a staging server that triggers a production API integration.

You can then whitelist specific outgoing ports to any destination. For example, the following rule allows outgoing DNS queries against any host:

Assume, for example, your server also needs to leverage an API hosted at api.displace.tech. You know that this API lives at the IP address 234.56.78.90, so you’ll whitelist that IP for only TLS encrypted traffic:

The application similarly cannot send requests to https://api.maliciousdomain.com (regardless of the TLS specification). The server will be able to resolve the domain, but as the IP address it resolves to is missing from the allow list the server won’t be able to talk to it.